Origins of the variety

There is agreement however on the word “Sauvignon”, which is believed to be derived from the French sauvage meaning “wild” and to refer to the grape being a wild Vitis vinifera vine native to France.

Where Cabernet Sauvignon is from

Bordeaux is said to most likely be the “birthplace” of the vine, and its wines are often the inspiration for winemakers around the world who try to imitate the structure and complexity of Bordeaux wines.

The famous Bordeaux Cabernet Sauvignons are a blend of Cabernet Sauvignon, Cabernet franc and Merlot. But it was first blended in Bordeaux with Syrah (from the Northern Rhone), a pairing that is commonly also seen in Australia and some vin de pays wines from the Languedoc.

Cabernet Sauvignon classically produces full-bodied wines that are high in tanins, and with noticeable acidity that assists in the ageing potential of the wine.

In cooler climates, Cabernet Sauvignon often has blackcurrant notes, together with green capsicum notes, as well as mint and cedar, all of which become more pronounced as the wine ages. 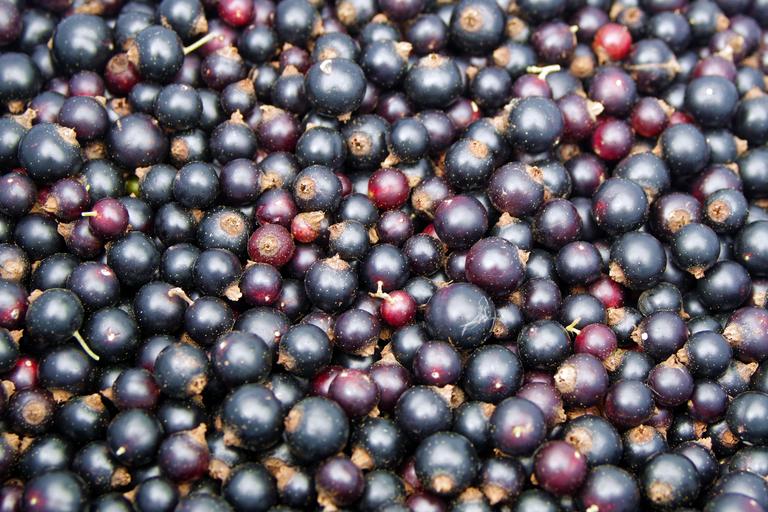 In more moderate climates, the blackcurrant notes are also often seen but this time with black cherry and black olive notes.

In very hot climates, the currant flavors of Cabernet Sauvignon are more so towards the over-ripe and “jammy” side.

In parts of Australia, in particular in South Australia’s Coonawarra region, Cabernet Sauvignon wines tend to have a characteristic eucalyptus or menthol notes.

The most grown wine grape

Cabernet Sauvignon is the most widely planted wine grape, with a total of 341,000 hectares (3,410 km²) under vine worldwide!

So what should we drink for International Cabernet Sauvignon Day?

The Grand Vin du Château Latour. In my job, I am lucky to be able to taste this wine often, and it always fills with me with as much emotion. It’s a wine with a lot of volume and complexity and it keeps for a long time.

The Château Fourcas-Hosten 2015  at the moment, it can be drunk alone. A little appellation, Listrac Médoc which is little known but which makes sublime wines with very good vintages like the 2015 one!

(This link will give you 20% off your Bottli purchase)

As for a recommendation of an iconic Bordeaux blend, I would suggest the 2011 Château La Tour de Mons which originates from an exceptional part of the left bank in Bordeaux, Margaux, where the wines are graceful and seductive.

The Château is a historical estate and is owned by the Perrado family as an expansion of its family business, of which Nathalie Perrado is in charge. They own Chateau Marquis d’Alesme, 4th growth of the Grands Crus classés en 1855 and Chateau Labegorce, one of emerging Crus Bourgeois in Margaux.

The estate is a 48 hectare vineyard, of which the plantation consists of up to 56% Merlot, 38% Cabernet Sauvignon and 6% Petit Verdot. The annual blend can be variable depending on the vintage. Cabernet Franc is a common variety in both the left and right banks, particularly in the right bank, the plantation has no longer existed in its vineyard.

The vineyard possesses a unique terroir of gravel, clay and limestone soils, which enables such late-ripening varieties like Cabernet Sauvignon and Petit Verdot to achieve optimal phenolic ripeness.

2011 was a typical good vintage, so crops were healthy and ripe without fungal infections and green characters. The wine has an attractive deep crimson colour with distinguishing “cassis”, cedar, tobacco notes. It is quintessential, well-balanced, concentrated, structured yet refined with lingering finish.

It will be an unparalleled match with dry-age rib-eye steak or grilled lamb as protein softens tanins of the wine, and the beautiful structure of acidity and tannin cuts any greasiness of red meat.

As part of Bottli’s distinctive “Concierge Service”, they offer a “Sommelier on Demand” to organise private events. Nathalie Taaquet says that “It would be a life-changing experience if you are a food and wine enthusiast who seeks a specialist for leading the tasting event such as a classic wine comparison between French and Aussie wine or food & wine matching.”

Melbourne’s France-Soir restaurant has opened up a wine store and you can buy wonderful French wines from it.

What is your favourite cabernet sauvignon and why?

I will stay in Bordeaux and remain classic. When Bordeaux meet maturity and all stars are aligned it can be a magical moment!

2016 Chateau La Couronne Grand Cru Saint Emilion is a lovely approachable and inexpensive Grand Cru, this is not too overpowering in oak and great drinking while still young, beautiful concentrated pretty intense nose dominated by black fruit and raspberry and silky tannins

Steak all the way, red meat on the BBQ.

The grapes are dry grown near the town of Cawaramup in the Margaret River region and farmed using organic practices.  Fermented on skins and made without any pumping, temperature control of ferment, filtering, fining, oak or additions…Just grapes! This wine is powerful and alive!

This wine pairing is best with nearly all red meat, including prime rib, New York strip and filet mignon.

Margot from Le Plonque speaks to us about Cabernet Sauvignon

A little about Cabernet Sauvignon

Cabernet Sauvignon is the most popular red varietal in the world. Born in Bordeaux, France, it is a cross between Cabernet Franc and Sauvignon Blanc. We love Cab Sav for its strength and its ability to age and sublimate with age.

Cabernet has very strong tannins, a lot of body, not bad acidity and it makes rich alcohol content wines. Vinified on its own, it produces really strong wines (which some people appreciate). In Bordeaux, it is almost always used in blending, it is mostly blended with Merlot. Why is this? Merlot is intensely fruity, it will broaden the aromatic palette of the wine, it will also bring finesse and roundness. A Cab Sav / Merlot blend will be balanced, fruity, elegant, with great ageing potential.

For the Cab Sav day, I chose Château Dallau 2016 which is a Bordeaux Supérieur. Why did I choose it? Because very often, when we think of Bordeaux wines, we think of excessively expensive wines (especially abroad). Château Dallau red is a Cab Sav / Merlot / Cabernet Franc blend that is affordable ($24.90), it has a very nice structure and intense fruity aromas, it can be drunk now or kept for several more years.

The best part about it is that we love it: it comes from Libourne, from a family estate, the Bertin’s, where know-how and passion for wine have been passed down from generation to generation since 1742.

Château Dallau 2016 goes very well with red meats such as beef, lamb or duck (even better if accompanied by a pepper sauce) as well as certain cheeses (Brie, Camembert, St Nectaire).

Thomas Gisbert speaks to us for International Cabernet Sauvignon Day

When I think of Cabernet Sauvignon, I am transported to the Left Bank in Bordeaux. My favourites are from the Margaux appellation. Having studied wine for 3 years at INSEEC Bordeaux, I was lucky to be able to taste a lot of Bordeaux and to meet a large number of winemakers. Studying, I had little money to buy myself the Grand Cru Classé 1855 and what’s more I don’t like very wooded wines, so I spent a lot of time looking for little known wines with a good price/quality rapport: Les Crus bourgeois du Médoc is a good discovery point.

The Chateau Paveil de Luze Cru Bourgeois Margaux has been one of my favourites since my studies in Bordeaux, a very classic style, quite traditional and elegant. I particularly recommend it with a bit of age, always at very honest prices both in France and in Australia. Today we sell in Australia the 2012, 8 years old but still a lot of fruit and energy for this wine blend of Cabernet Sauvignon and Merlot. Give it a try!

Simply paired with grilled lamb chops and vegetables or a shoulder of lamb in the oven.